The Mohawk-Hudson Bike-Hike Trail (aka Mohawk-Hudson Bikeway) runs along the Hudson and Mohawk Rivers from Corning Preserve in downtown Albany through Schenectady to Rotterdam Junction. With scenic views and parks along the way, the trail is diverse - from urban to suburban areas, to woods and fields, and the ever-present rivers. The paved, multi-use trail was built on the Erie Canal Towpath and on Troy & Schenectady Railroad rights of way. It's part of the NY State Canalway Trail and Hudson River Greenway Valley Trail, and comprises a section of the Empire State Trail. (Detailed map and photos below.) 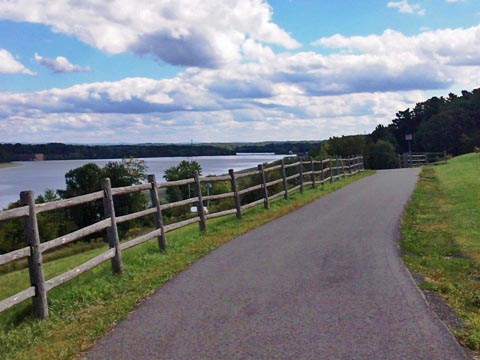 Support and Advocacy:
Friends of the Mohawk-Hudson Bike-Hike Trail

Unlike many towpath or rail trails, the Mohawk-Hudson Bike-Hike Trail is fully paved - a big plus. The trail is mostly flat with just a few hills, and is mostly off-road except for a few sections in Albany, Cohoes and Schenectady where street routes have been mapped out. Popular for bikers, walkers and runners (snowmobiles and horses prohibited).

We biked a scenic portion of the trail along the Mohawk River, linking three parks near Niskayuna, NY. From Blatnick Park, the trail descends to the Mohawk with stunning river views. Visiting Lock 7 Park along the Erie Canal was an interesting stop with views of the dam and canal - boats can be seen going through the lock when open from May to November. The trail runs under Ferry Rd. (Verdoy Bridge), which crosses the Mohawk River to Niska Island.* Lions Park is one mile from here.

*Historic footnote: Niska Island was a rich agricultural area first farmed by Mohawk Native Americans, and later by Dutch and English settlers. The Vischer Ferry (1790), a raft pulled across the river from suspended cables, once left from there. The name "Niskayuna" was derived from "Niska," a Mohawk term for "covered with corn." 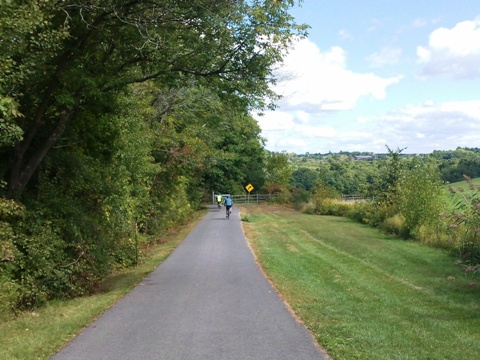 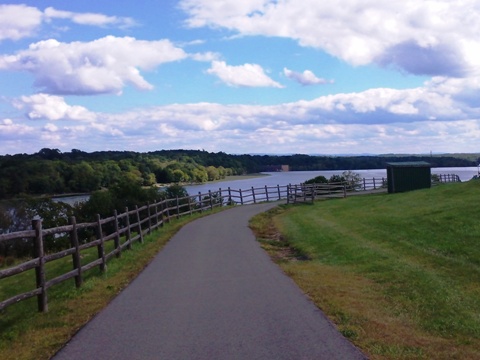 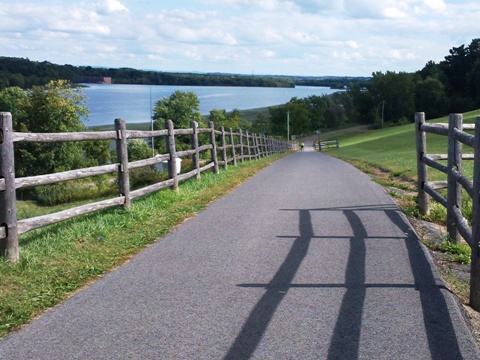 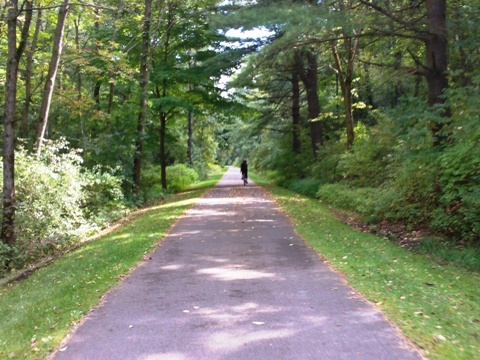 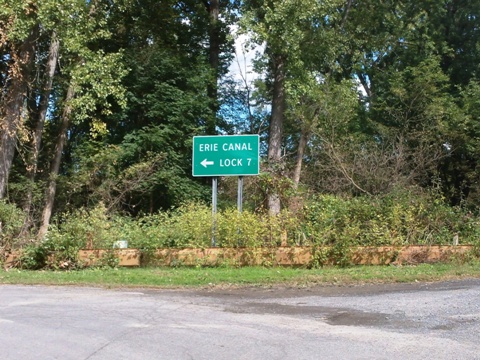 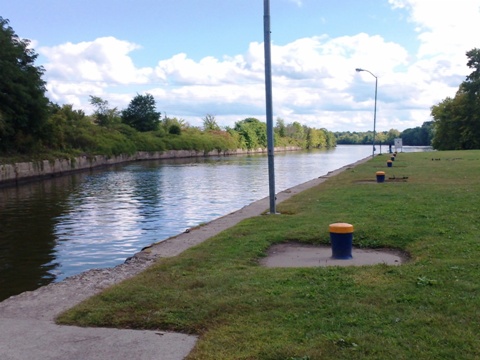 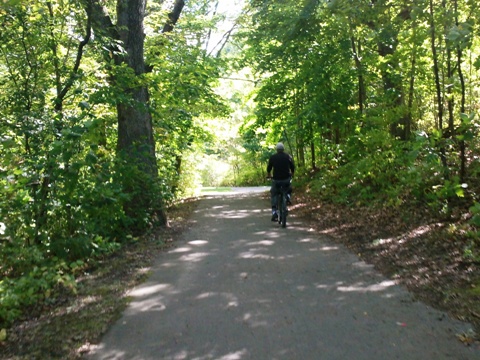 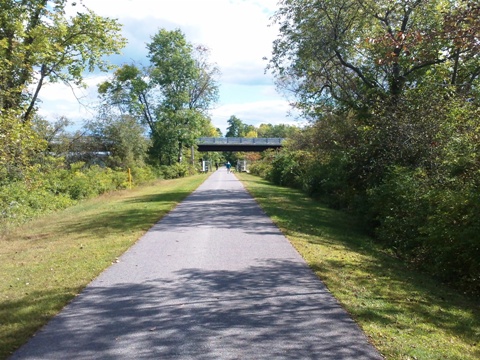 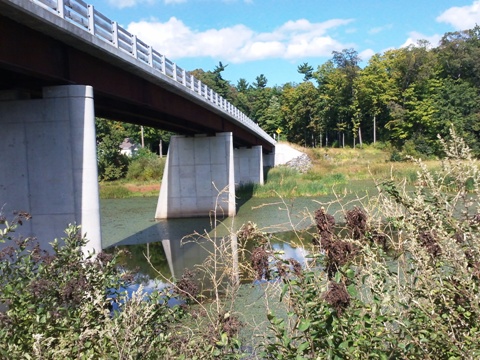 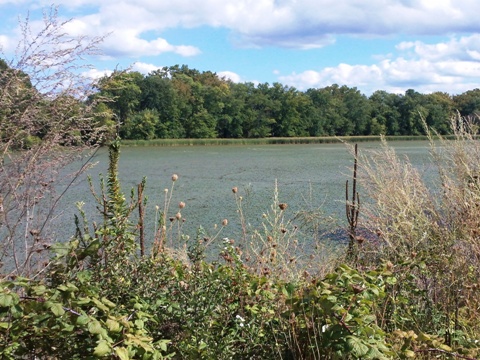 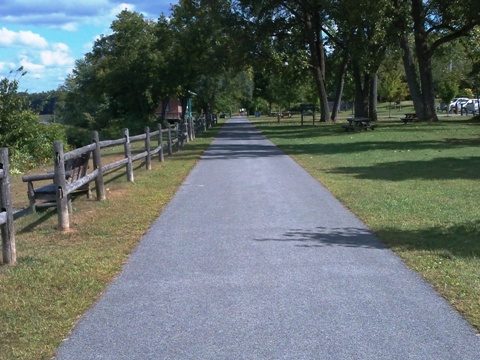 Featured in This Section 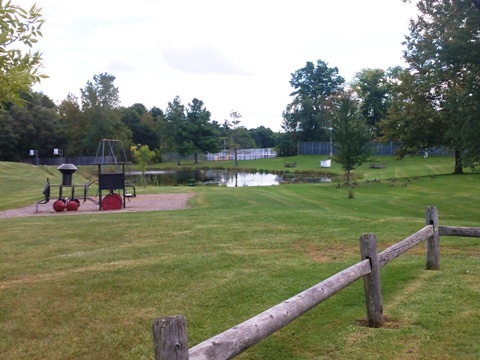 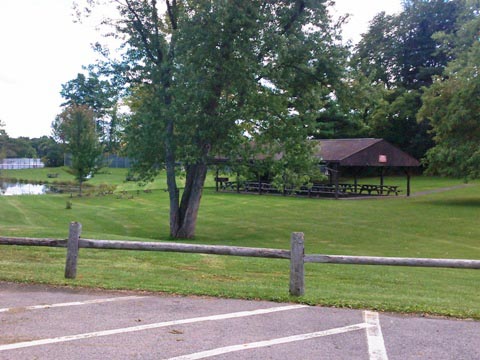 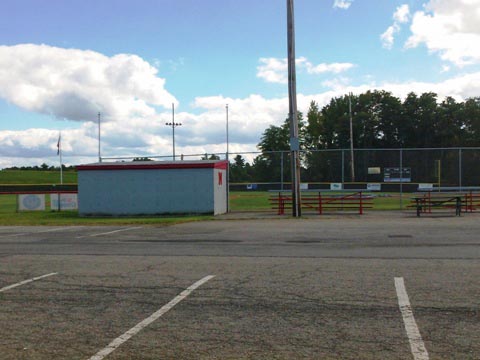 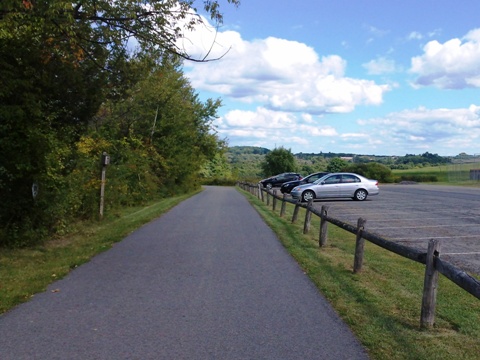 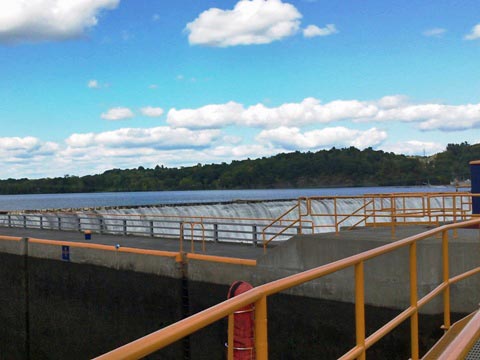 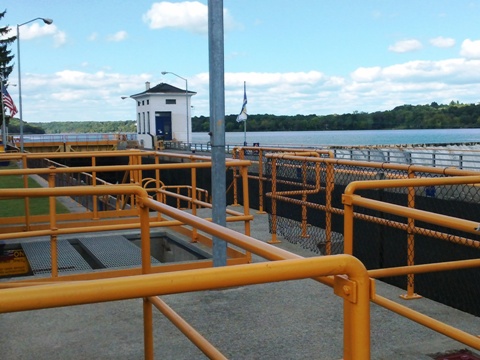 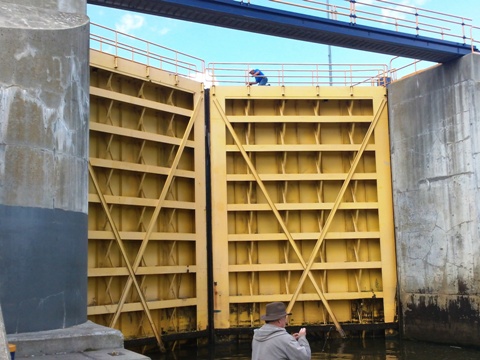 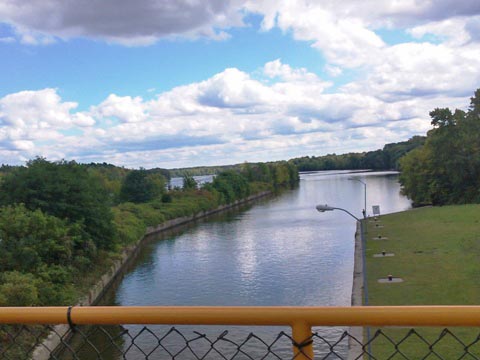 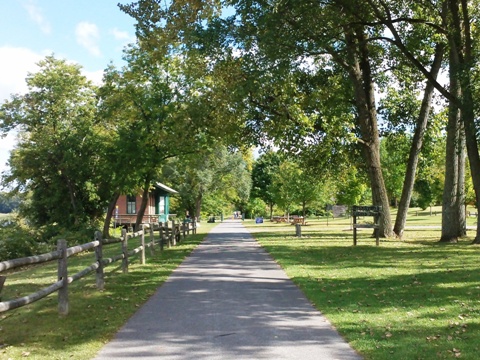 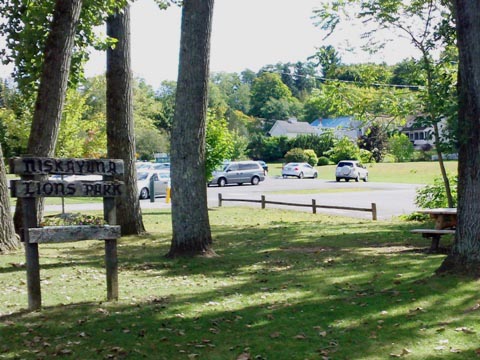 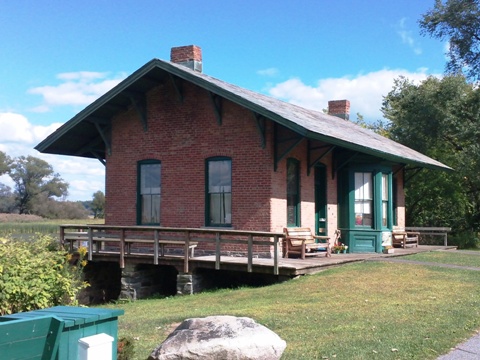 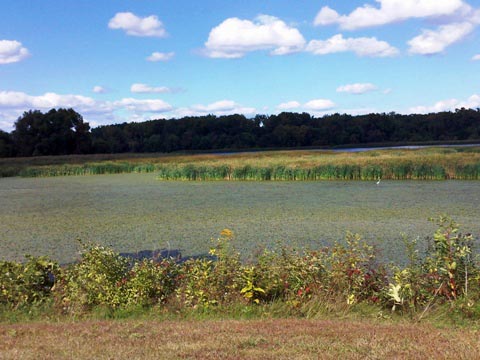 More About the Erie Canal:
The original Erie Canal was completed in 1825, at 363 miles it was the second longest in the world. It was considered an engineering marvel, with an elevation lift of 528 feet over its route. Expanded over the years, in 1905-1918 a "barge canal" for larger vessels was built and half the original canal was abandoned (some segments of the original can still be seen). Active today, mostly for recreational use, the Canal is open from May to November - it's the longest ongoing transportation project in North America.

BikeTripper.net...  Have Bikes, Will Travel

Copyright © BikeTripper.net. All Rights Reserved. Have Bikes - Will Travel